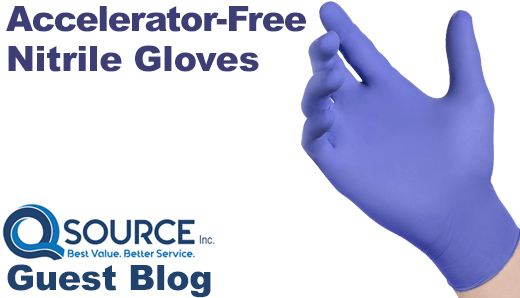 TechNiGlove’s Fritz Maskrey looks at the allergic reaction that’s come to be known as a “nitrile allergy.”

In the disposable glove world, the topic of allergies brings to mind the words "natural rubber."

In the 1990s, the simple solution for such a problem was using synthetic polymers. Mimicing the properties of natural rubber, this new material did not include the protein allergens that were causing some users to develop allergic reactions. The product we know today as "thin-walled, disposable nitrile gloves" was then born.

THE SIMPLE, BUT COMPLICATED PRODUCTION OF NITRILE GLOVES

Liquid nitrile is refined, coated onto a ceramic former, and then cured into an elastic polymer in the desired shape. The resulting elastic polymer, now molded into the shape of varying sizes and lengths of a glove, is then double-chlorinated inside and out and finally processed to meet the specifications of a variety of cleanroom environments.

Since nitrile's inception, there has been a competition among manufacturers to create a better and more efficient process with which to make gloves. This had led to the addition of certain accelerators meant to decrease the time needed for a glove to cure, reduce the cost of the overall material in use, give the material a softer feel, and attempt at give the customer an overall lower cost and higher-performing item.

Several sulfur-based chemicals have been developed to accomplish this goal. These chemicals have incredibly complicated chemical structures (and even more complicated scientific names to go along with them). While these chemicals can have a number of positive effects, their unfortunate side effects can be allergic reactions (now known as "nitrile allergies") similar to those caused by latex.

Here are a few examples of accelerators used in glove production:

DOES THIS MEAN THERE ARE NOW NITRILE GLOVE ALLERGIES?

Most of these allergies are not to the nitrile itself. Instead, they are allergic reactions to the chemicals that are used in the manufacturing process of such gloves. The specific allergic reaction is known as “Type 4” which is defined as:

"Allergies ‘Type 4’ are also called cell-mediated or delayed allergies. When T-cells become activated and result in an inflammation of the affected area. Unlike other type of allergies, Type 4 is not antibody related, but rather is a type of cell-mediated response."
"Accelerator-free" nitrile is one of the newer technologies being utilized in the production of thin-walled disposable gloves. This is not just a marketing term and production managers, line engineers, and corporate purchasers need be aware of this as it can drastically affect any users with a Type 4 allergy. 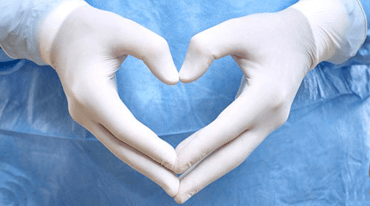 Thank you Fritz, for this very important look at potential nitrile allergies. We appreciate you sharing your expertise with the Q Source community.

Thank you for reading. Please contact us with your comments, questions, and suggestions. We also encourage you to share this post via the social media icons above.