The Smallest Hot Air Rework Station on the Market 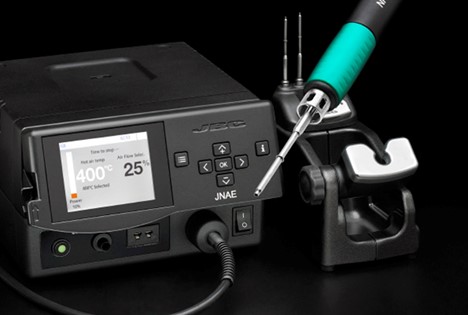 Technicians handling and soldering surface-mount device (SMD) components on a daily or weekly basis know how challenging it can be to work on printed circuit boards (PCB).

Aggravating soldering issues arise when SMT parts are misaligned or when a disturbed joint is created (due to moment while the solder solidifies). Cold and overheated joints, which happen when joints fail to fully melt, or else overheat, can also be a pain in a solderer’s side.

The list of difficulties that can arise when soldering SMD components are many and deserve a post all their own. The point here is that manipulating PBCs is often be a problematic task prone to slip-ups, which can happen in automated settings as well. 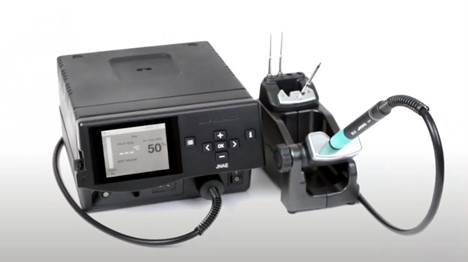 All of these soldering cartridges assist in maintaining temperature flow regulation at low levels, which help circumvent expulsion and movement of adjoining components.

JBC Hot Air Rework Stations were built to make the reworking of ultra-miniature SMD components (underneath the lens of a microscope) a simpler task, while reducing any soldering errors that might occur at the same time.

JNASE hot air stations give folks who solder circuit boards detailed control of temperature and airflow, along with the ability to position and remove components with a high degree of precision. 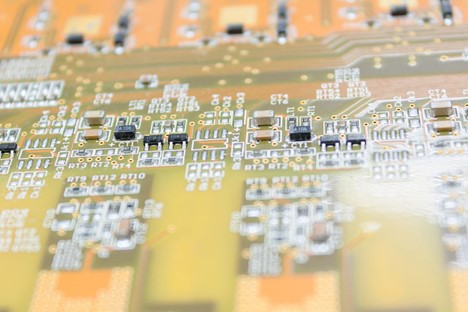 While we’ve already taken a fairly in-depth look at the JNASE Hot Air Stations Q Source Inc. offers, it can't hurt to summarize the advantages of investing in one of these nano hot air stations one more time:
As you can see, JNASE Hot Air Stations many advantages for people who work with SMD components. Solderers who want to do the best job they can take advantage these tools to make their work tasks a lot easier — which is why they should seriously consider investing in one of these hot air rework stations.