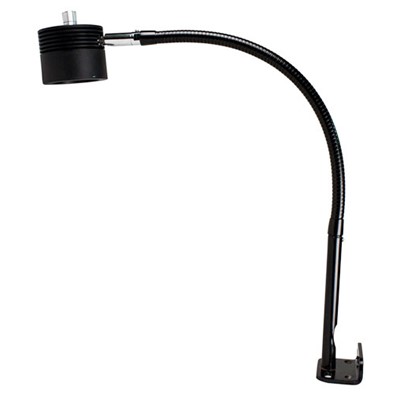 The Dazor LED-FA25LB-BK EcoFlex LED Lamp w/L-Bracket Machine Clamp is a rugged powerful LED bench light that has a head capable of rotating 340° vertically and 90° horizontally. This grooved aluminum designed head features 4x1-watt dimmable high brightness white LEDs with a life of 50,000 hours that is optically mixed to produce an even light pattern. Due to the design of the head it removes heat from the LEDs, making it comfortable to the touch. The LED-FA25LB-BK also features a flexible style arm that allows the user to position the light at various lengths.